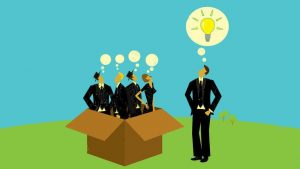 March 4, 2011 I’ve been talking about paradigm jumping as a major tool to improve your life. I have been talking about all kinds of stuff regarding paradigms, but what is it, and why should you care?
Evolution of a species is not linear.
There are evolutionary shifts, we could say paradigm shifts. The fish climbing out to dry land was a paradigm shift. A lot more freedom, a lot more stimuli, a lot more fun… but also a lot more danger… And evolutionary jump.