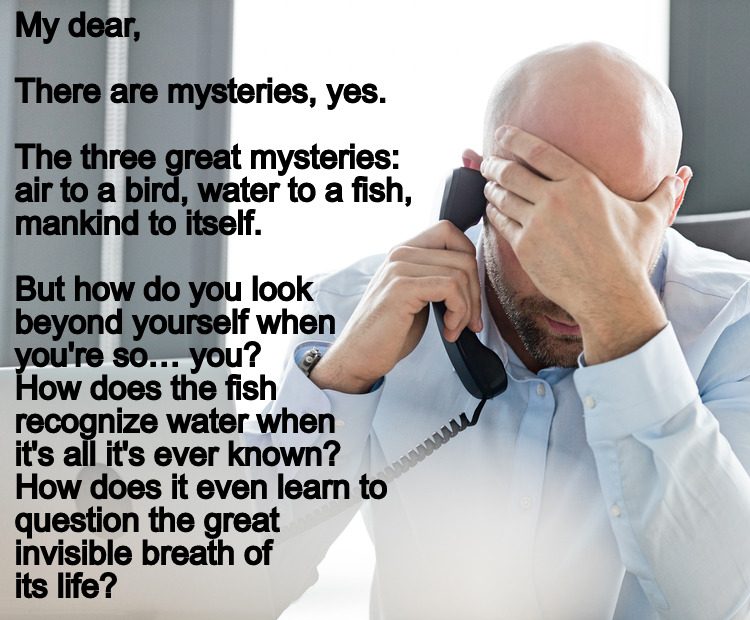 2. The second story comes from a book I haven’t read and probably won’t. But the question is fascinating:
Why doesn’t water taste like anything?
According to psychophysicist Mark Changizi, water tastes like nothing because evolutionarily, its lack of taste made it easier for us to taste anything harmful that might be tainting it. Bacteria from a rotting dead animal upstream could spell death for a human that ingested it, and flavorless water makes it easier for us to taste it.

3. And here is the third story: what I really want to write this article about:
.
Continue on https://www.yourvibration.com/54287/self-awareness-tainting-water/