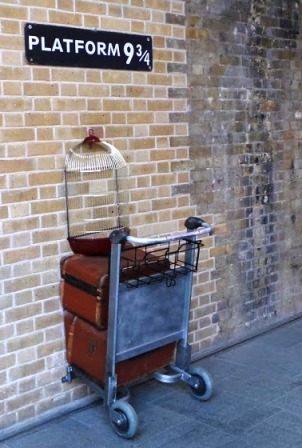 I participated with Landmark Education in all kinds of positions, participant, coach, trainee, leader. After 26 years I quit.

I quit for the same reason I quit Emotions Anonymous, and ACOA, Adult Children of Alcoholics and Dysfunctional Families.

Nothing changed for them, while I managed to unstuck myself, one “story” at a time.

I left, because I thought I knew it better. But I only knew the end result… MY end result. And I didn’t really know how I got there… and therefore I could not take you there with me.

It took another five years to (hopefully) be able to say: I now have all the steps that took me there. I can take you there… and not lie, not exaggerate, just take you there…
Yesterday I had a call with a one-time student of mine, who left my programs to participate with Landmark Education, back in 2014. And she is coming back after six years there.
She did every program, some several times, spent tens of thousands of dollars, and she came back exactly the same as she was when she left in 2014. Not happy, not joyful, not free.
Is it Landmark Education’s fault? Is it her fault?

No, when you are not able to connect to the beyond, then you are stuck on this side.

What is beyond? Beyond is nothing woo-woo. It is like walking though a wall, a one-way mirror, penetrating a paradigm that is beyond what is available to you, to the current culture, using the currently available tools, perception organs, thinking modes.

Breaking through like Truman did in the Truman Show. Broke out of the limited stage of his existence.

The giants we are all so proud of, Albert Einstein, Madame Curie, they got a glimpse, in their dreams, in some altered state… and brought what they saw into the current paradigm, but didn’t altered it a bit.

You can pull “beyond” knowledge into the ordinary, and turn it into ordinary too.

Some giants of science, like Isaac Newton, got their beyond knowledge from the Kabbalah. And like Einstein, they dragged the knowledge into the ordinary, and made it part of ordinary knowledge.

The ancient Kabbalists spent their entire day being connected to a higher paradigm, and there was no dragging, they lived in the vertical, the higher paradigm. Kabbalah was forbidden to 99% of the population, you needed to be qualified to gain access. It was considered secret and occult, because of the knowledge being so beyond the ordinary. The weak can go mad from living in two paradigms, and have no one to talk to in the lower, where anything you say sounds weird, or illegal, or stupid, or arrogant. By some Kabbalah was also considered sorcery… but it isn’t, not as far as I can tell.