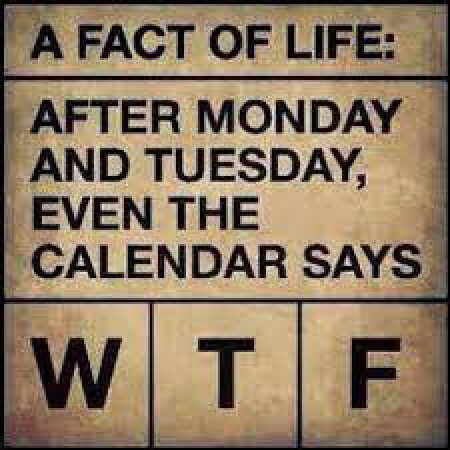 I heard that little ditty yesterday on Amazon Prime Video. And I laughed for quite a few minutes.

And I think it describes some people’s relationship to my articles, to my teachings. I think people are fascinated or can’t look away… But that doesn’t mean they care about what I teach. Or doing anything with it.

The rare specimen that does makes it all worthwhile…

I don’t cater to the lowest common denominator… the easily titillated… so I have only a few people who read my articles. When I look at everyone else, TV, Social Media, websites… I see that they do cater to the low… otherwise they would not stay in business, I think.

Everyone blames social media, but the media is just the medium: the low vibration comes from people. And no one takes personal responsibility for their own vibration, for how they see the world, and for how they spread darkness.

And most people do. Spread darkness.

The ones that are sure they aren’t are part of the evil by doing nothing.
All that is necessary for the triumph of evil is that good men do nothing.
Edmund Burke (British statesman) didn’t say this. What he said is this:
When bad men combine, the good must associate; else they will fall, one by one, an unpitied sacrifice in a contemptible struggle.
And later another British philosopher said:
Bad men need nothing more to compass their ends, than that good men should look on and do nothing.
So this is the age (again?) where we live… and maybe, just maybe, people who subscribe to my site are ‘good men’ or at least fancy themselves good… but they definitely do nothing.

So what is there to do? Fight the bad men? Futile. Wasted energy.
So what can a good man do that would matter?
This is a real question and I am pondering.

I have one student who, I think, is doing what a good Man is to do to balance out the bad, who is doing what you would do if you considered yourself with a fire that unless it’s attended to, will burn out.

Because Life, intelligent life is on its way out… unless…

Unless you do what the philosophers of old said: your job is to make the most of yourself.

Will those, can those turn the tide around?
I don’t think so. But there is joy, their is fulfillment, there is self-love when you do it. For you. Because you matter.
I read that one student’s reports to me, and I learn more about what it was like for her before she started to awaken herself… and embark on this work of becoming all she can become.

The ones that are in the middle of it have very little to say. But given that she has climbed, at least partially, out of the pool of ‘water’ that she used to sit in, she can look and compare.

The students that have never been outside
.
Continue on https://www.yourvibration.com/77269/mirage/